Understanding the Concept of Empathy 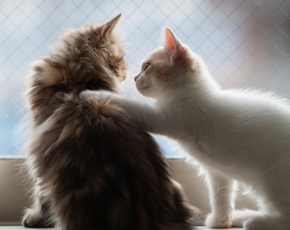 With Brexit continuing to loom large, the Extinction Rebellion raging and debate around the impeachment of Donald Trump reaching fever pitch in the States, there’s never been a better time to talk about the concept of empathy.

Would more empathy improve fraught situations, allowing us to build a better understanding of those we disagree with, and ultimately lead to a more harmonious existence?

Not necessarily it seems.

I recently listened to an NPR Invisiblia podcast from earlier this year ‘The End of Empathy’ where journalist Hanna Rosin spoke to Fritz Breithaupt, author of ‘The Darker Side of Empathy’. Breithaupt argues that it’s actually a surfeit of empathy that causes us to act in extreme, violent and rageful ways.

For example, when commuters pulled a climate change activist off the top of an Overground train last week and proceeded to kick and punch him mob style whilst he cowered on the ground, Breithaupt would probably argue that was down to an excess of empathy rather than a lack of empathy.

The commuters in question were empathising strongly with one another, they came together as a group, unified by their rage at being held hostage by someone they perceived to be pious and self-indulgent. They over empathised with their cause, and the actions of others in their group justified, in the moment, their own violence.

This reminded me of a quote from Jon Ronson’s 2015 book ‘So you’ve been publicly shamed’: “Some people value humans over ideology, and some value ideology over humans. Unfortunately, I think the latter are winning.” Here, you could say that Ronson is making a similar point, in other words, people are using the strength they find in a commonly held belief to violently condemn others. They are excessively empathising with the people that share their values or opinions in order to justify their actions.

This makes sense to me, but I think it’s fair to say that when people call for more empathy they’re generally talking about empathising with people you disagree with not empathising excessively with a group with which you already identify.

Which leads us back to the main focus on the Invisiblia podcast: Incels. Incels are a community of misogynists who blame women for their ‘involuntary celibacy’. In the podcast, the journalists present an empathetic portrayal of Jack Peterson, a former Incel who acted as a commentator following the Toronto van attack perpetrated by Incel Alek Minassian. They then flip the script, retelling Jack’s story with a greater emphasis on the women he’s hurt and humiliated, in particular his ex-girlfriend.

The podcast concluded with the point that when you empathise with one point of view, or one individual, you automatically denigrate someone else’s narrative. So in this case, by focussing on Jack Peterson being misled, hard done by, bullied, and now a changed man, you are as a consequence dismissing his girlfriend’s narrative of having been terrorised and blackmailed by him, not to mention dismissing the contribution he made on a more general level to the hate and misogyny levelled at women on a daily basis, particularly on the internet.

My feeling lies in a combination of the Jon Ronson quote above and the thought expressed by Douglas Adams that ‘all opinions are not created equal’.

In other words, I’m trying to accept the person voicing opinions I disagree with as human beings with their own complex background, value system and experiences, whilst also condemning their opinion. Thus separating the human from their ideology.

I’ll let you know how it goes!